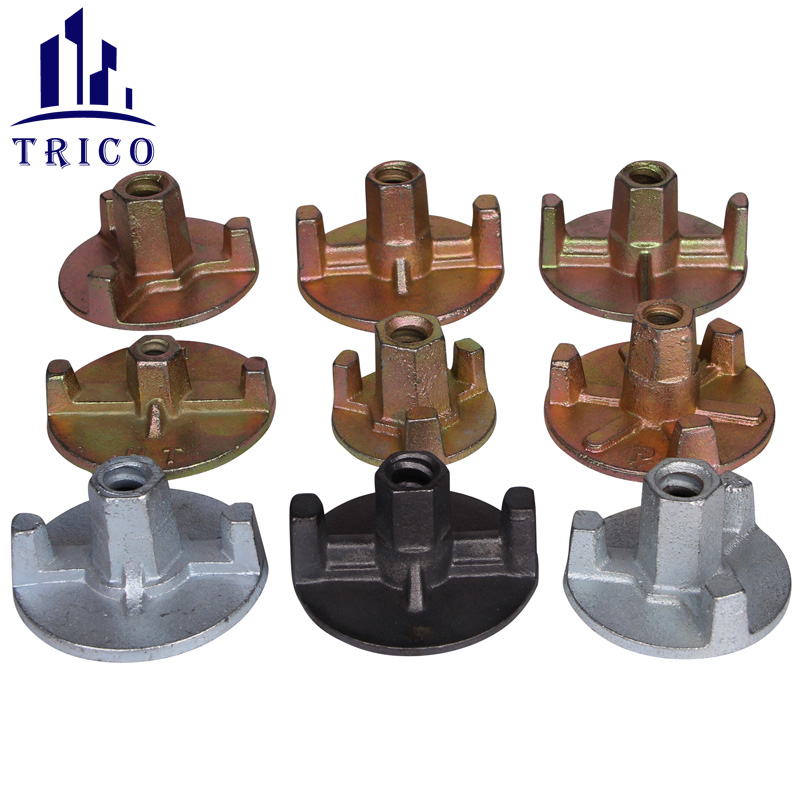 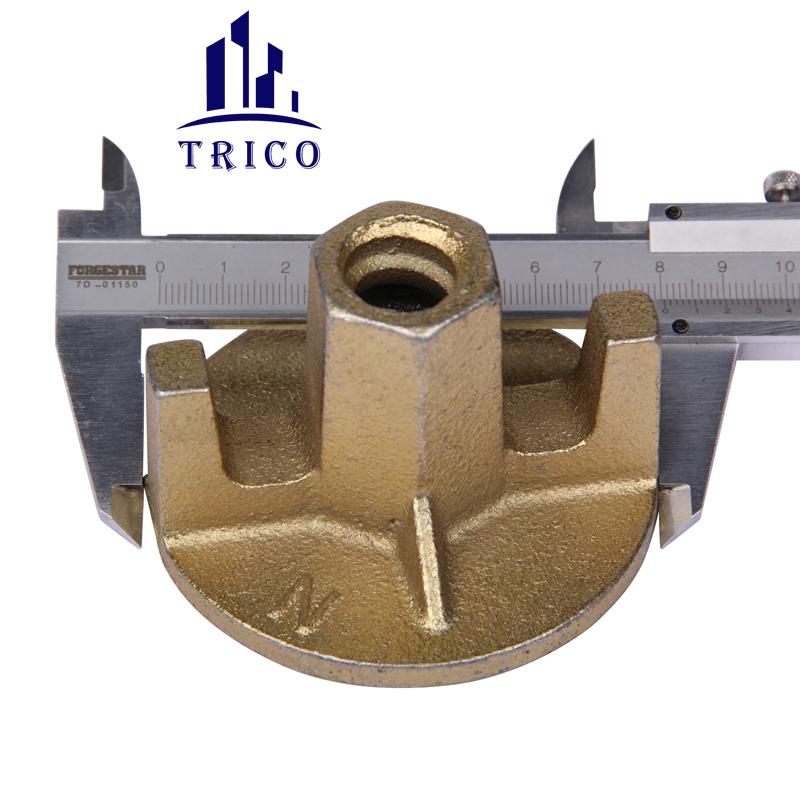 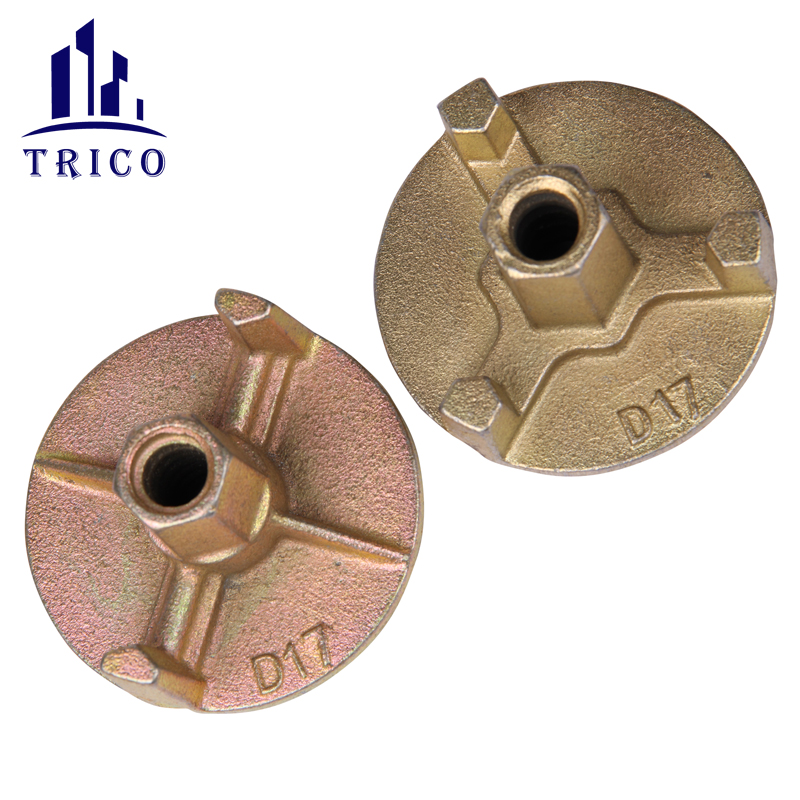 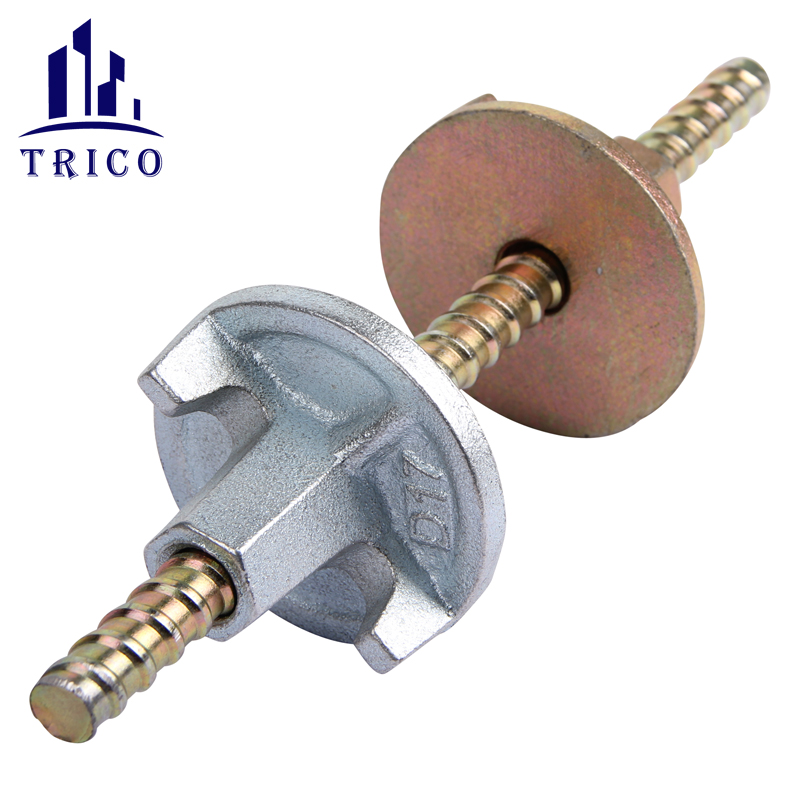 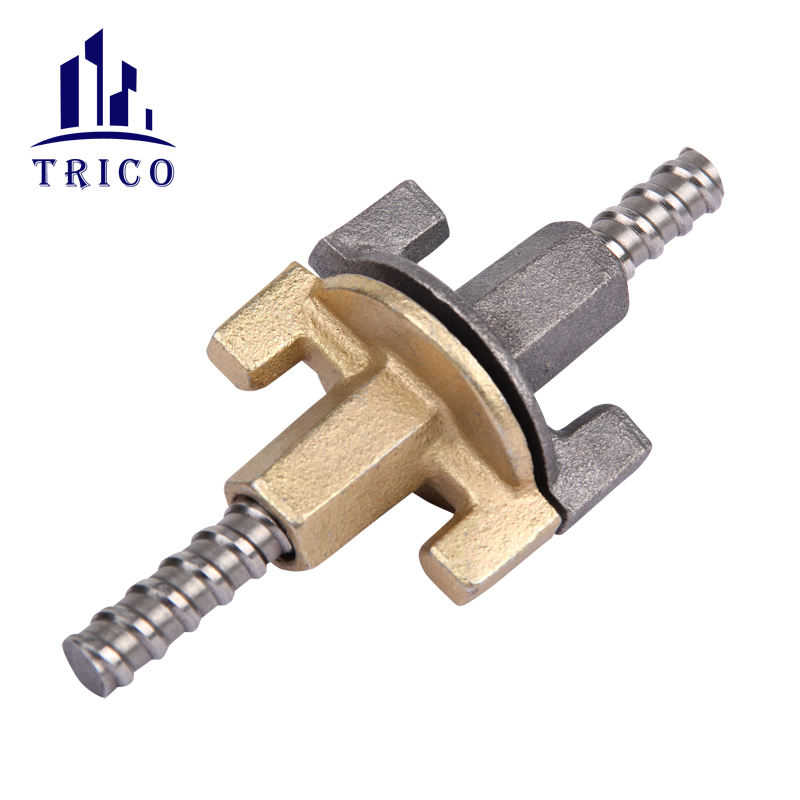 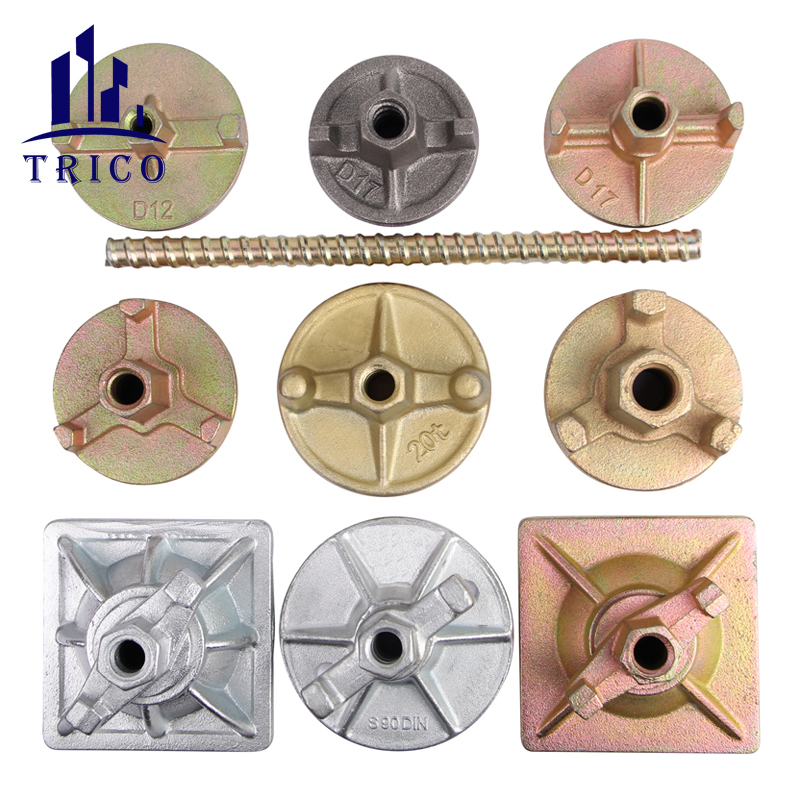 Because of this structure, wing nuts can be easily tightened and loosened by hand without any tools. Both the casting and forging wing nuts are available as requirements.

Here are some popular wing nuts for your reference in the table.

If by using wing nut without round plate, waler plate/washer plate is applied for your concrete pour shuttering system

Based on the round plate diameters, you can find different anchor nuts with plate size D60mm, D70mm, D80mm, D90mm,D100mm, D110mm, D120mm, etc. If you have any other special shapes or dimesions of anchor nuts, no problem. We Trico would like to make the mould according to your detail requirement.

In woven bag or on pallet or done as demands 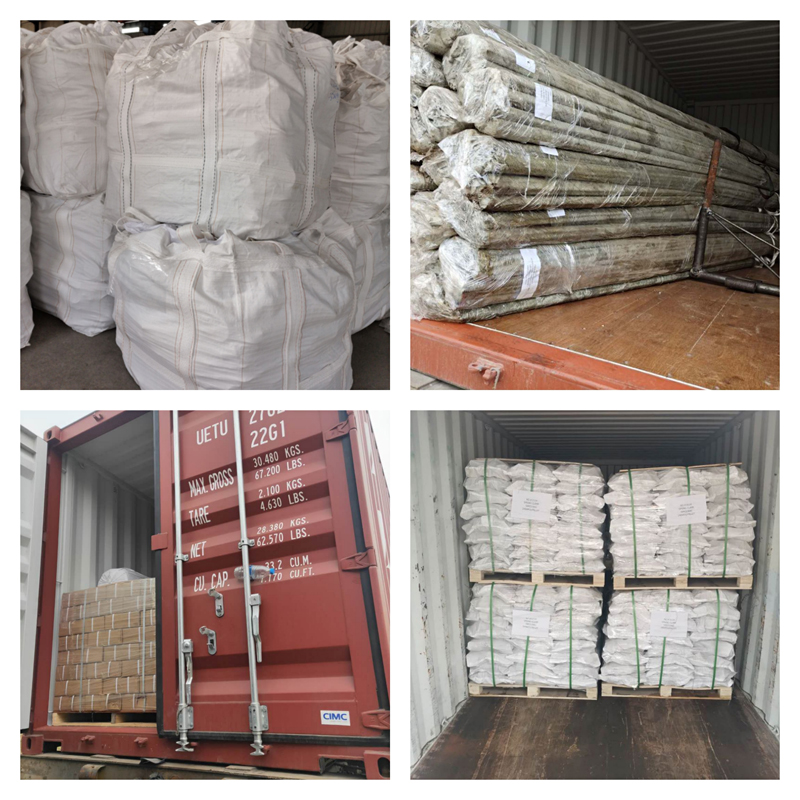 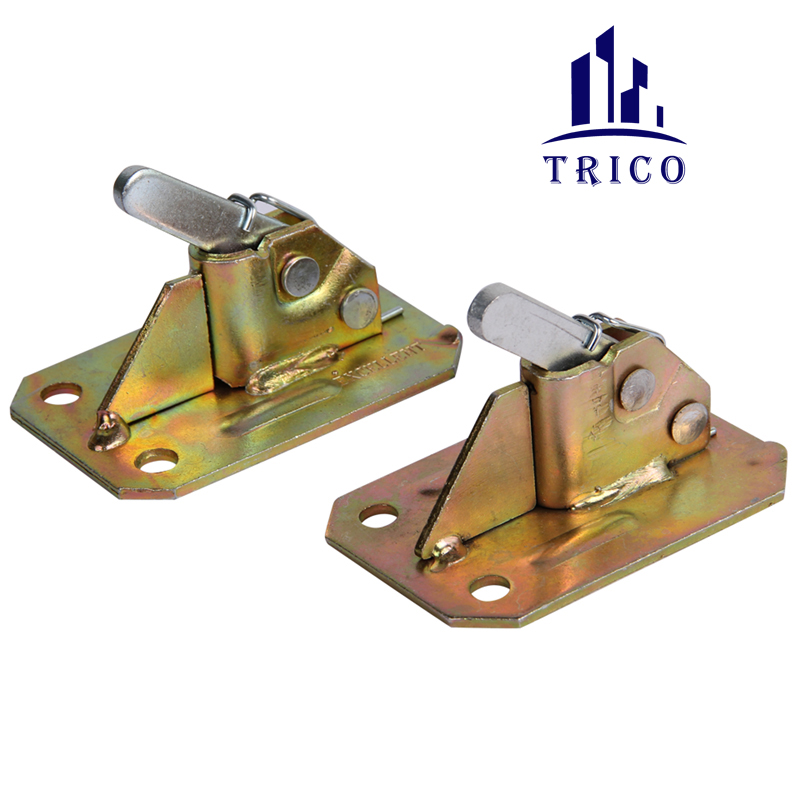 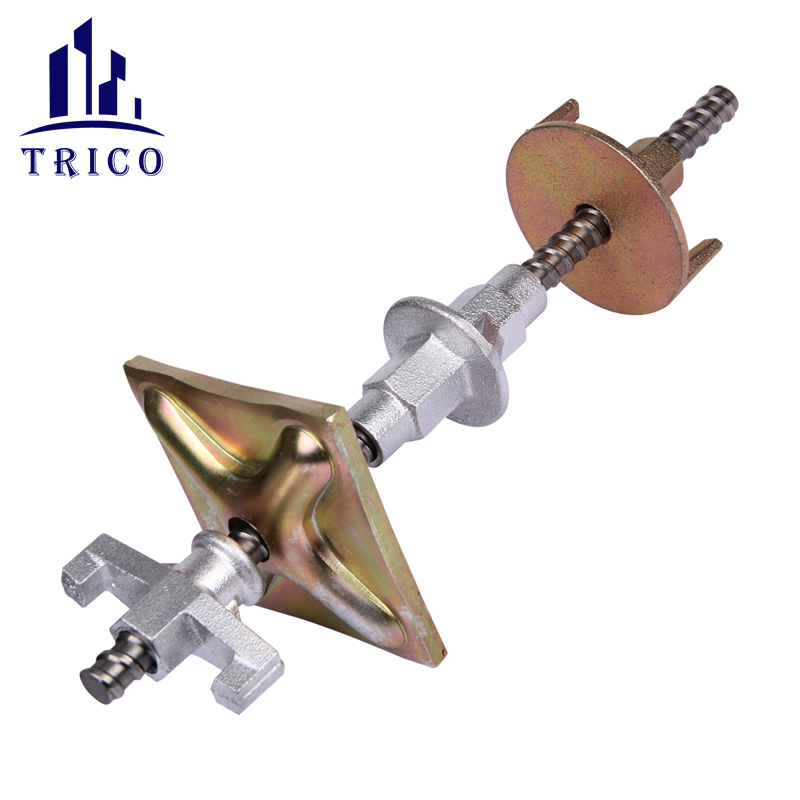 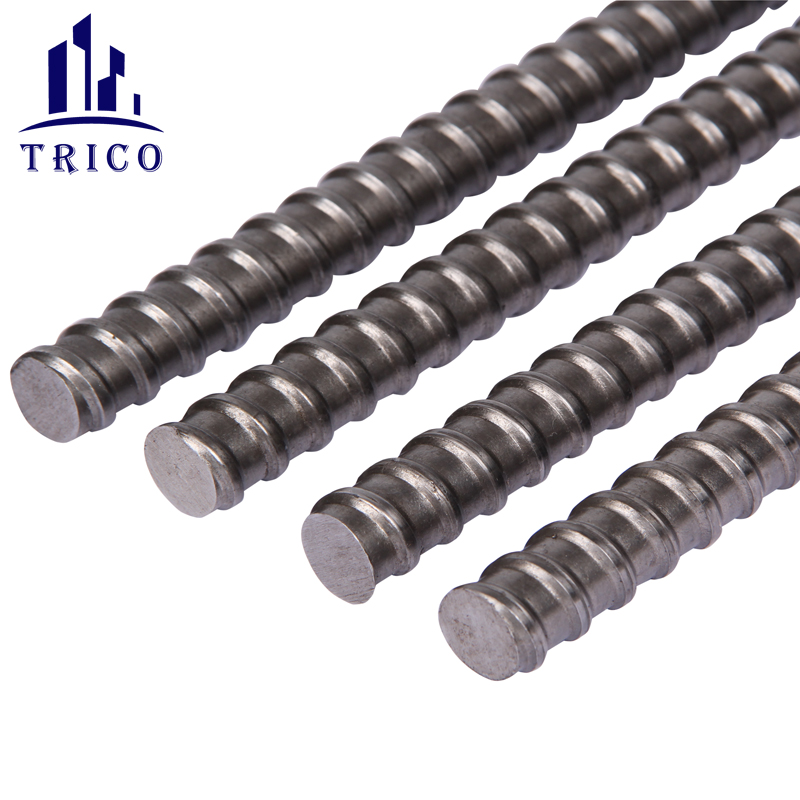 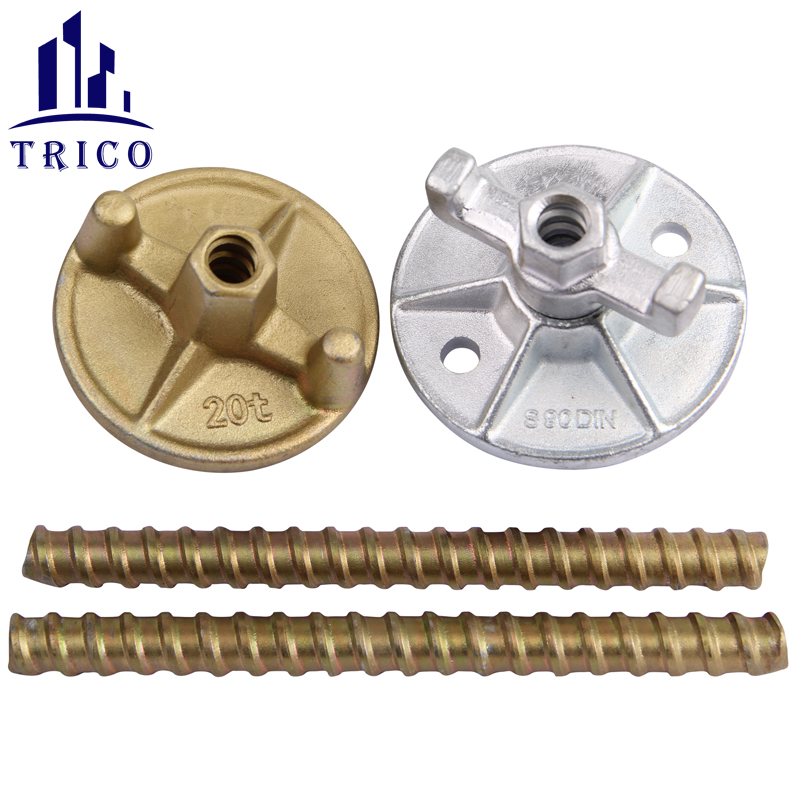 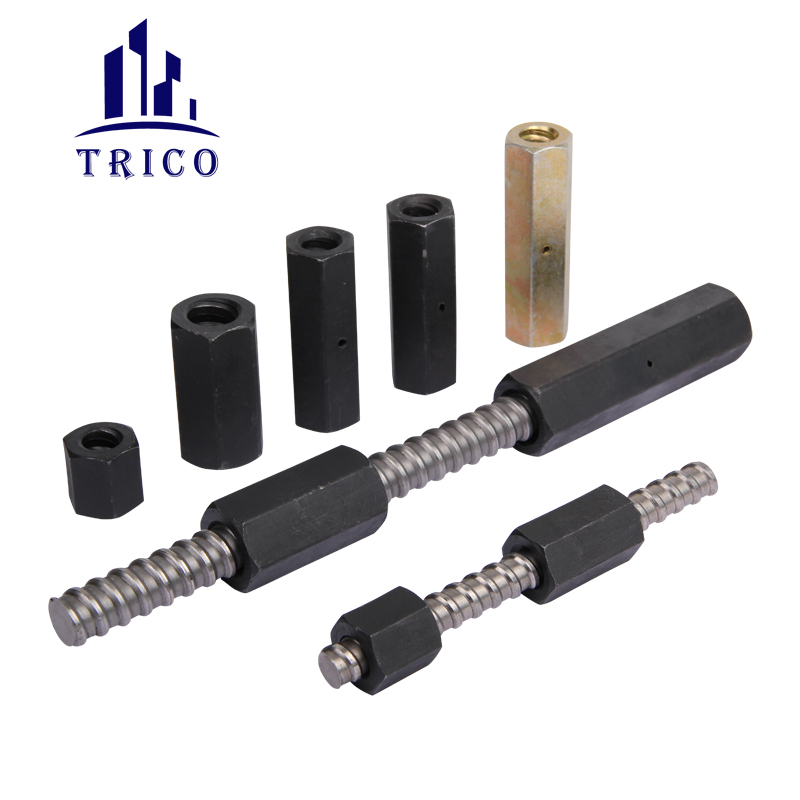 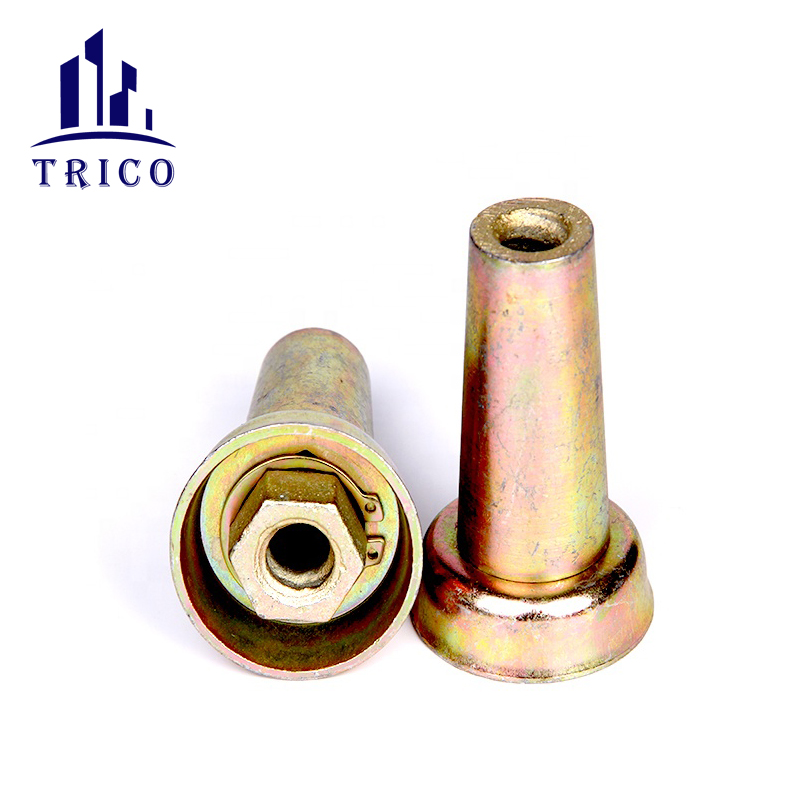 What are Symons Form Accessories